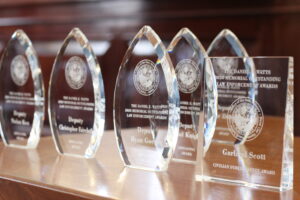 The OLEO Awards, provided by Stellar.

The State Attorney’s Office presented its 2020 Outstanding Law Enforcement Officer (OLEO) awards to several deserving members of Fourth Judicial Circuit agencies who exceeded the call of duty over the past year.

It was a timeframe marred by COVID-19, which took the lives of several Fourth Circuit law enforcement members — including one who will now be memorialized for his assistance establishing the OLEOs. 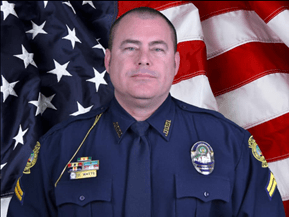 In a fitting tribute, the awards have been renamed the Sgt. Daniel “Dan” Watts Outstanding Law Enforcement Officer Awards. Watts, a sergeant with the Jacksonville Beach Police Department, passed away from COVID-19 in September 2020. The idea for the OLEOs originated when Watts met State Attorney Melissa Nelson in 2017 and introduced her to the concept and served on the inaugural awards committee.

The latest ceremony took place during honors for National Police Week, which were postponed to October this year due to pandemic.

The office would also like to provide a special thank you to Ronald Foster and his team at Stellar, which graciously provided for the awards that were presented to those recognized.

The 2020 OLEO awards were presented to: 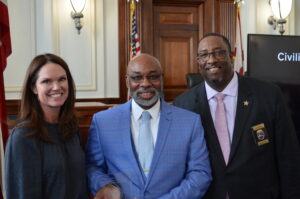 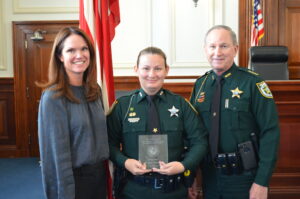 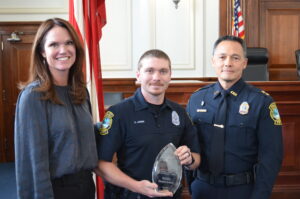