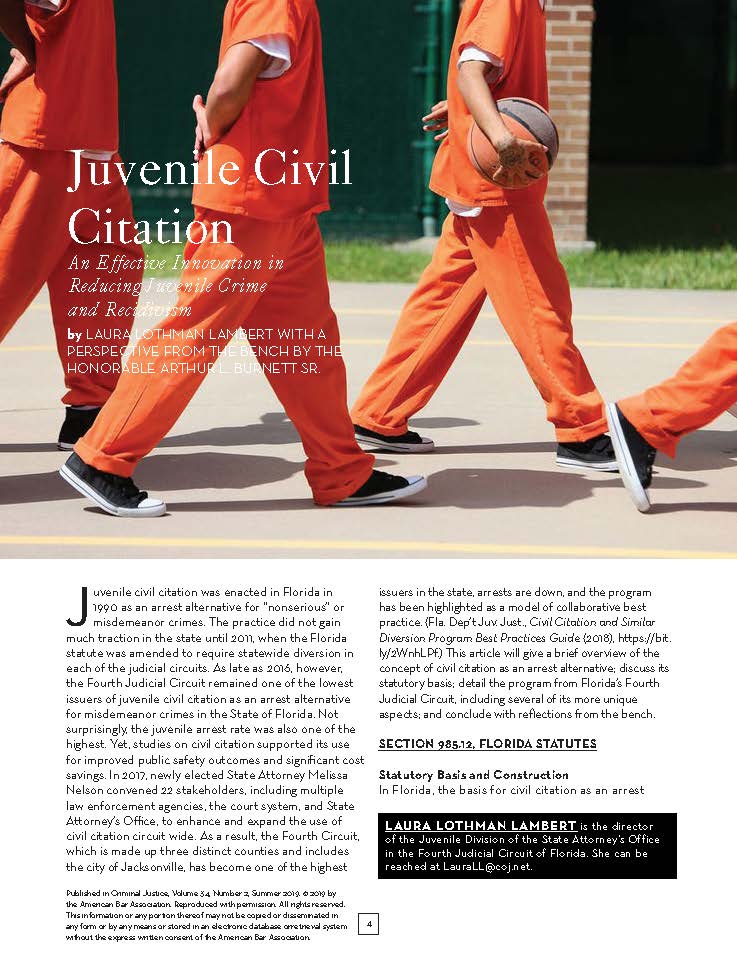 The success of juvenile civil citations in the Fourth Circuit is reaching an even wider audience.

Lambert’s article discusses the rise of juvenile civil citation issuance in Northeast Florida in the last several years, as well as the financial and safety benefits such citations have for the community. She was asked to write the piece in response to the success the local program has experienced since its expansion.

Read the ABA article in its entirety using this link.

In May 2017, 22 law enforcement officials and juvenile justice stakeholders signed a groundbreaking agreement to expand the use of the smart justice alternative to juvenile arrests for qualified misdemeanor and municipal ordinance violations. In the two years since that agreement was signed, Fourth Circuit civil citation use has consistently increased — for example, in 2018, citations were issued to 83% of eligible youth, up from as low as 28% as recently as 2015. 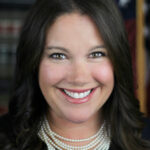 According to Florida Department of Juvenile Justice data, 96% of youth do not reoffend within a year of completing the program, offering better outcomes for the community and taxpayers.

“I am proud of the work done by law enforcement, Teen Court, and other community partners to ensure the success of the Fourth Circuit’s civil citation program,” said Lambert, “and I am grateful for the recognition from this article and hope it supports the implementation of the program in other jurisdictions.”